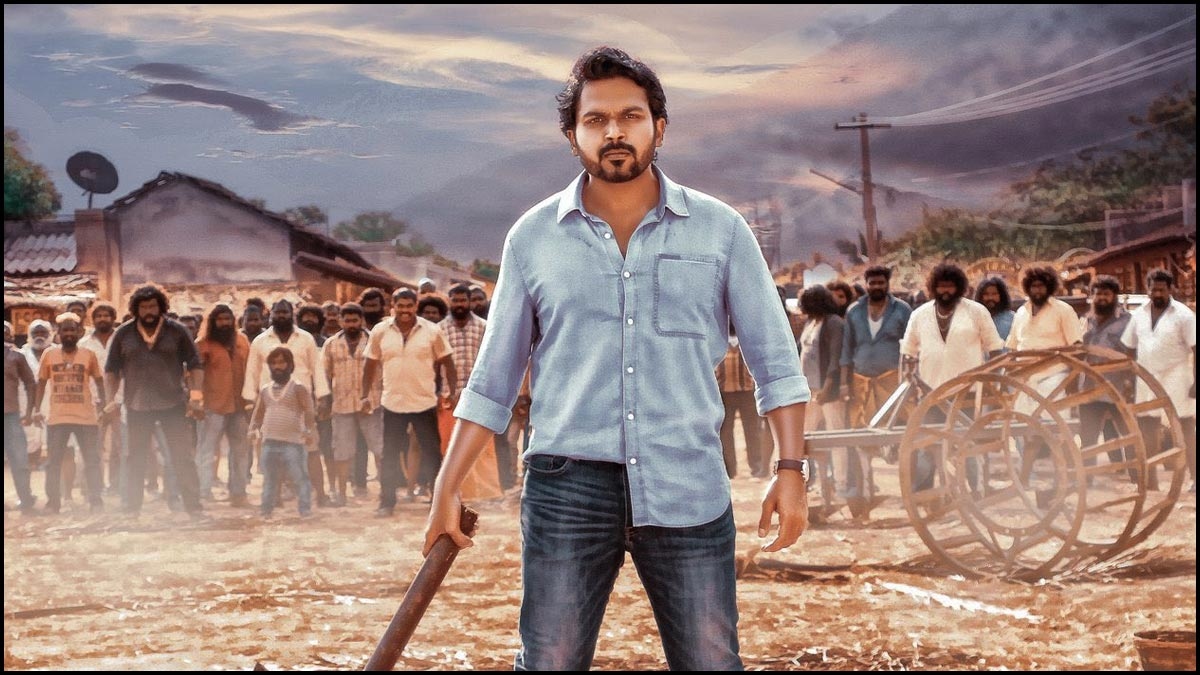 Karthi is one of the few heroes who alternates between intense roles and the mass commercial ones and succeeds in both.  After the pathbreaking ‘Kaithi’ here he is in an out and out masala flick and will the audience say “Jai Sulthan’ remains to be seen.

Napolean a dreaded gangster has a hundred henchmen for whom murder is a way of life.  His son Vikram fondly called as Sulthan is brought up by the gang after the death of his mother.  When his father passes away Sulthan who is a robotic engineer in Mumbai comes down to Chennai and finds out that the police have planned to kill the entire gang in an encounter.  He buys time from the Commissioner that he will reform them all.  For this he takes them to a village in need of their help and there he meets the love of his life too.(Rashmika Mandanna).  Whether Sulthan succeeds to save a hundred men he considers his brothers and gets his girl or not forms the rest of the screenplay. 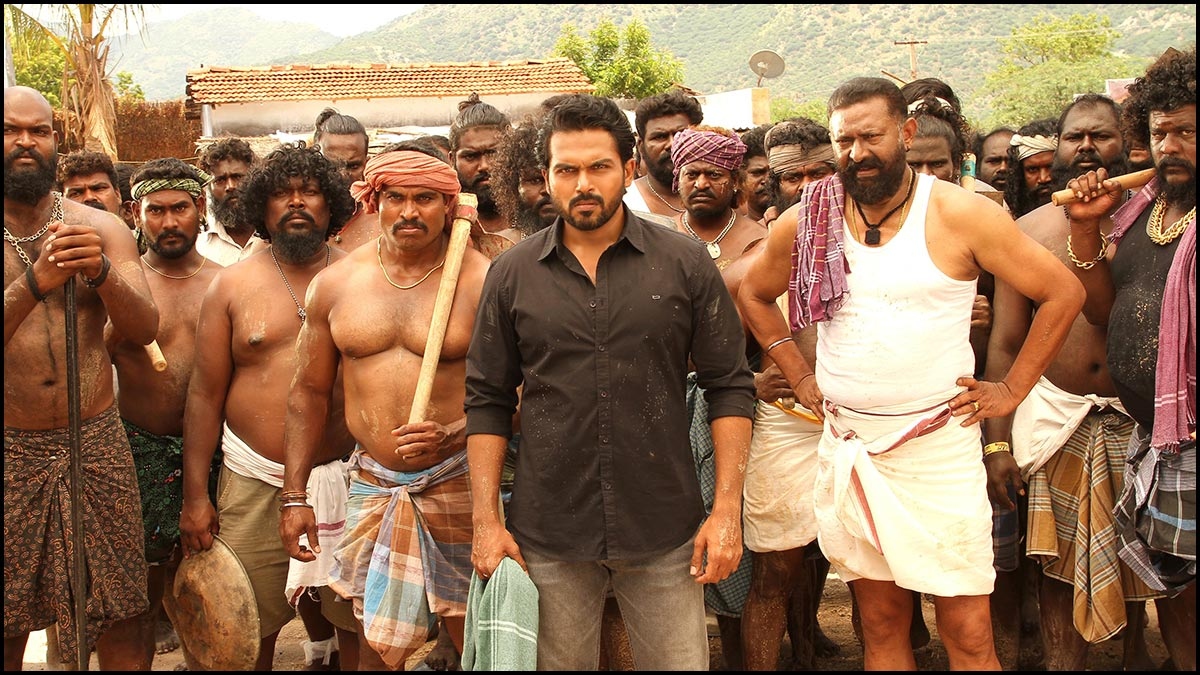 Karthi’s towering screen presence helps him carry off this larger-than-life role of a modern-day Krishna effortlessly.   He delivers a variety of fare for his fans through the romance with Rashmika, comedy with Yogi Babu, and the high octane action sequences.  His best is of course the emotional scenes with the gang members which are heart moving.  Rashmika Mandanna brings all her much-talked-about charm to Rukmini on her Tamil debut and thankfully her character is also a key one making it a memorable one for her fans.  Lal as the Muslim gangster who names the hero Sulthan makes a lasting effect with his impeccable acting.  Napolean impresses in his brief stay on the screen as the gangster whose last wish is for his boys to turn good.  Yogi Babu’s comedy though not the laugh out loud kind does succeed in bringing smiles most of the time.  Aarjai who plays one of the gang members who wants to best Sulthan has done a neat job and so is the actor who portrays Michael.  The actors who play the gangsters have all played their parts well and it’s thanks to them that the otherwise ordinary story gets its freshness.

What works best in ‘Sulthan’ is that though the screenplay is predictable the curiosity as to how Karthi will reform the gangsters sustains interest till the very end.  The romance between Karthi and Rashmika provides much-needed relief from all the shouting in the action sequences since they involve hundred people and no less.  The theme of what if Lord Krishna sided with the Kauravas instead of the Pandavas is well underlined by the writer-director in the film.  The action sequences are very vibrant and add to the mood of the film. 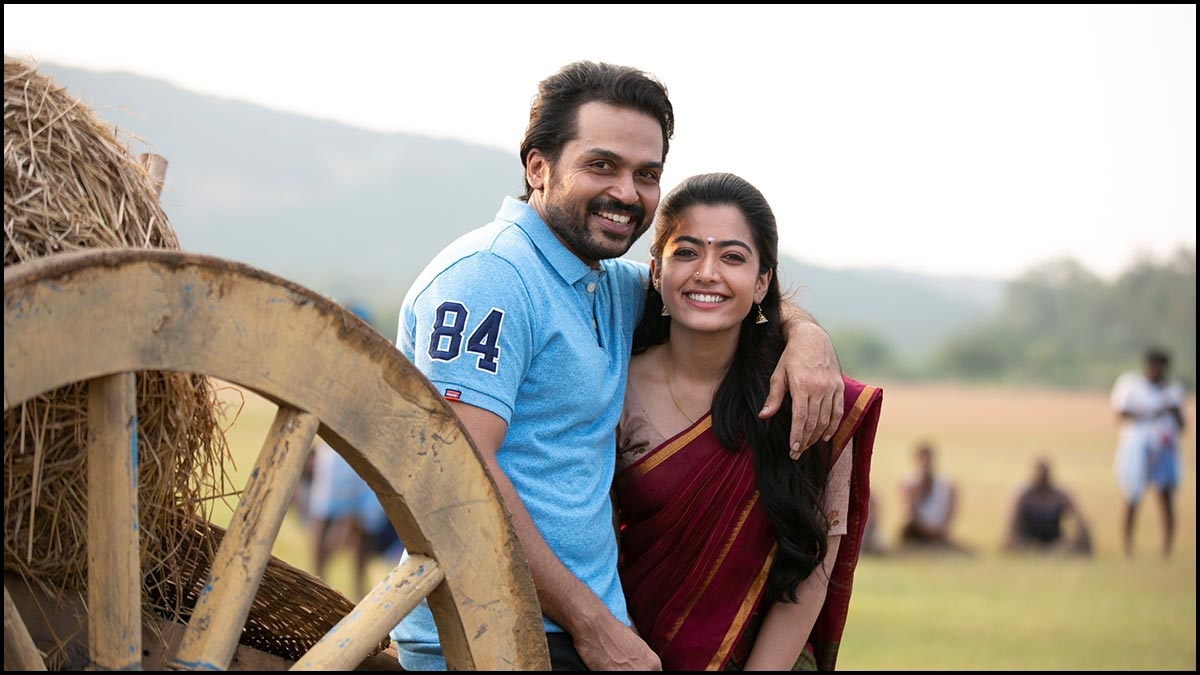 On the downside ‘Sulthan’ for all his buildups has weak villains and his heroics seem too over the top due to this.   How many more such films we have to suffer a corporate villain out to get the farmers is anybody’s guess.   Similarly, the predictability factor throughout the film could be a dampener for the viewers.   The entire second half is filled with loud shouting and repetitive action which gets a little tedious after a point. 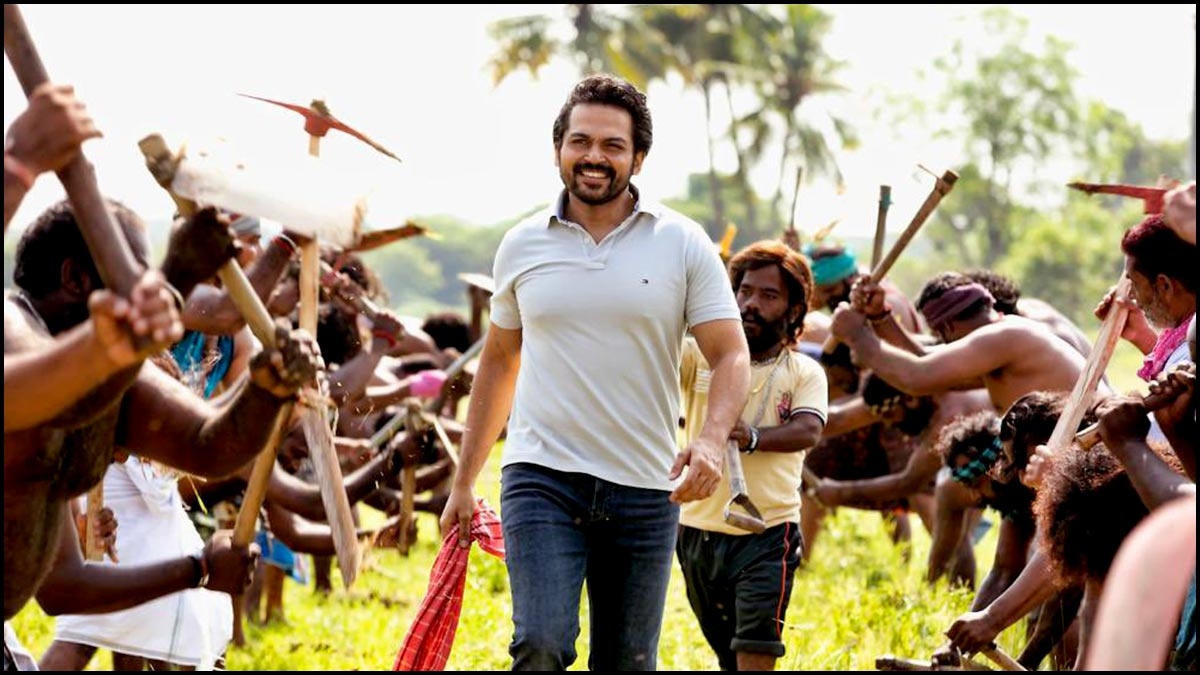 Vivek Mervin’s songs are a treat to the ears with ‘Yaaraiyum Ivlo Azhaga’ in Simbu’s voice takng the cake.  Yuvan Shankar Raja has provided the vibrant background score that enhances the scenes.  Sathyan Sooryan’s cinematography and Ruben’s editing are top notch.  S.R. Prabhu has bankrolled this project under his banner Dream Warrior Pictures with the highest of production values.  Bhakkiyaraj Kannan has chosen to make an out-and-out commercial entertainer by fusing gangsterism and farming and has managed to weave an engaging film for the most part.

Verdict : Go for this mass masala action entertainer with a novel theme

Simu Liu Allegedly Once Compared Pedophilia to Being Gay on Reddit

Simu Liu Allegedly Once Compared Pedophilia to Being Gay on Reddit