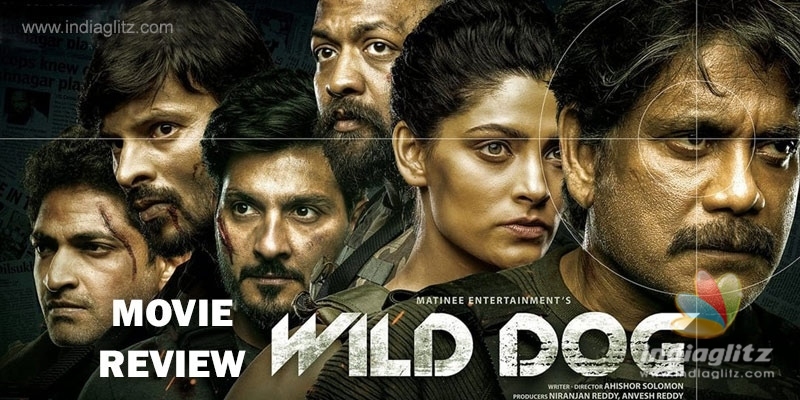 ‘Wild Dog’ hit the screens this Friday. Here is our review of the latest box-office release.

ACP Vijay Varma (Akkineni Nagarjuna) is on a mission to crack the Pune bomb blasts case. But before he and his team can catch Khalid, the one who orchestrated the blasts, the terrorist masterminds a series of blasts in Hyderabad. Vijay Varma is shown the door by his boss because he can’t control his anger.

What does Vijay Varma do now? Why do he and his team go to Nepal? Will they ever teach Khalid a lesson? This is what the rest of the film is about.

‘Wild Dog’, headlined by Akkineni Nagarjuna, is not obsessed with its daredevil protagonist. The film invests adequately in the characters played by Ali Reza, Mayank Parakh, Prakash Sudarsan and Pradeep, who are seen as the hero’s go-to guys. In RAW agent Arya Pandit (Saiyami Kher), we find a bold female character who is adept and agile. In DGP Hemanth (Atul Kulkarni), we see an emotional anchor.

Nagarjuna delivers a fine performance. In the scene where he spots a terror conduit and just sits in his vehicle, calmly listening to a song, we see a team leader who is assured of the competence of his boys. The 61-year-old actor is remarkably glamorous and fit for the role. At times, one feels director Ahishor Solomon could have let Nag deliver a couple of more power-packed lines.

S Thaman (background music) and Shaneil Deo (cinematography) own the film like only a few. They take the proceedings to the next level, bringing to ‘Wild Dog’ the feel of a slick actioner. The BGM is distinct at least in three stretches. As for the director of photography, he captures the different landscapes (from indoors to the concrete city, a forest and snow-capped regions) with ease.

Credit where it is due. The casting is pitch-perfect, with hardly any actor failing to make the grade. The editing is adequate.

The film doesn’t waste much time in establishing Nag’s trigger-happy cop. For that matter, at 129 minutes, the film couldn’t have afforded to be lazy in establishing the premise.

One feels that the investigation track where Nag and his team struggle hard to deduce from CCTV footage something that a hospitalized victim could have told them in two minutes feels like a loose end.

In a shoot-out scene, Nag’s character asks a fellow character as to who are the ones ambushing them from nowhere. Another character asks the same question. Since no film critic has ever faced such a situation in real life, it can’t be said with confidence whether such a question is commonly asked by those facing an existential crisis on the battlefield. But the question looks quite odd in the film.

‘Wild Dog’ is admittedly based on a magazine story published in 2014 about how an NIA team captured Yasin Bhatkal, who was sentenced to death by an NIA court in 2016. There is a mild reference to how the media-driven politicization of the Ishrat Jehan encounter in Gujarat hurt the morale of investigators. The film should have been more political, perhaps. The audience have the stomach for bold narration these days.

‘Wild Dog’ scores full marks with respect to its technical output. The film doesn’t wow with its thrills.

Fire At ICU Ward Of COVID Facility In...

‘We must be even better against Rangers in